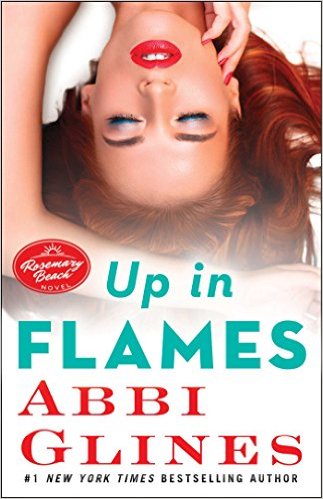 Good book, but deviates greatly from the standard tone of the series.

I could have enjoyed the book more if this book was part of a spin-off series and not included in the original Rosemary Beach series.  Let me explain.  As stated in other posts, I LOVE LOVE LOVE the Rosemary Beach series.  It’s fun and romantic.  But this book takes on a completely different feel.  There’s more suspense.  It’s equally as enjoyable, but in an intriguing way more than a carefree fun way.  Some of the other “mini-series” within the Rosemary Beach Series were given a distinguishing name.  That was fine and great because each mini-series concentrated on a couple of characters.  But in Up in Flames, while the book centers around the character Nan, who showed up in the entire series, the tone of the book was considerably different.

In general, I love to read series.  I get emotionally attached to the characters and feel of the author’s words.  When I open to page one of each individual book, I go in with a particular mindset and expectations.  When the book deviates or fails to meet those expectations, I’m left with a taste of dissatisfaction.  Unfortunately, that’s where I was left after reading Up in Flames.  However, if I had known prior to starting the book that it was going to go in a much darker direction, I would have felt differently.  In fact, I would most definitely have rated the book higher.

One thought on “Abbi Glines – Up in Flames”