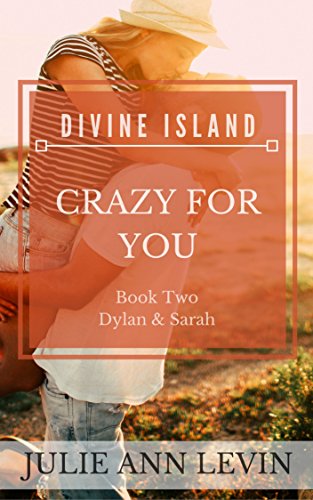 This is a sweet, clean, romance story.  There’s a professional conflict with Sarah’s job intermingled with her attraction to Dylan. This provides an interesting strain on the relationship as well as the glue that binds them together.

As a whole – I really liked Sarah’s character.  She’s a strong and very giving person, which are precisely the traits that make Dylan attracted to her.  I should add that she also looks great in her tiny bikini.

Dylan is a nice compliment to Sarah’s character and personality.  It was very easy to want to cheer for a happily ever after for this couple.

The plot is rather predictable but the verbal sparring between Sara and Dylan truly made the book.  The author excels in writing dialog that is refreshingly new.

Tropical beaches and a business trip that turns into a vacation… how did Sarah let this happen?

Dylan Hammond has one goal: convince his father that the family inn can succeed if he would just let Dylan take over. But when a sexy business executive arrives with an offer Dylan’s father can’t refuse, Dylan’s lifelong dream of running the inn could be taken away from him.

Sarah Battle believes she has her life all figured out. She has a great job, a great boyfriend, and the opportunity of a lifetime dangling right in front of her. The only problem is that opportunity – a huge promotion – will have her competing against her boyfriend. Suddenly, his gentle encouragement turns to bitterness, and Sarah is forced to do whatever it takes to win that coveted position and make the deal of a lifetime.

Things never go as planned. Dylan and Sarah find themselves reeling from the scorching chemistry between them, threatening their plans and potentially altering their future.

Forced to choose between the lives they thought they wanted and romance they never imagined for themselves, which will they choose?

Julie Ann Levin – Worth The Wait