Synopsis: Samantha Lane is one of the world’s highest paid actresses, but underneath all the fame and fortune, she’s living a lie. Her love life is non-existent. Her bio is completely made up and to top it all off, she’s reached the ultimate in celebrity status. She’s got herself a stalker. Now filming a career changing movie in Ireland, she’s fighting to take back control of her life before the world finds out just what a fake she really is. Brennan O’Brien has returned to his Irish roots to raise a daughter he never knew existed and to dig the family’s pub out from the brink of bankruptcy. He has no time for spoiled actresses, lunatic stalkers or meddling friends and family, and has vowed to never give his heart to another woman. Unfortunately, he now lives in the land of magic, folklore, and hopeless romantics and will have to decide if he can resist the pull of Samantha Lane or give in to her maddening allure. Follow Sam and Brennan’s twisted path to true love, where these jaded souls test the limits of fate to find a way to come together and overcome their pasts to discover the truth about who they really are and what they really need.

*NOTE* While Worlds Apart can be read as a standalone, it is book #3 in The Sisters series.

“What the hell do you think you’re doing?”

“Pray tell, from what? The evil leprechaun who lives in your pub?”

He continued dragging me out to my car, as if I hadn’t spoken. We stopped at my SUV and he looked extremely uncomfortable and royally pissed off about something.

I dug around in my purse for my errant keys, counting the seconds until I could escape this never ending nightmare. “Well, thanks for saving me from whatever you were saving me from. I gotta run now.”

I unlocked the door and went to get in when he spun me around and caged me up against the side with his hands. “Brennan, what the—”

He silenced me with a growl and a punishing kiss. I was so surprised, I gasped and he took advantage of my open mouth to deepen the kiss with his tongue. His beard gently scratched and sparked across my skin, awakening feelings in me that had long since gone dormant. My hands instinctively went to his chest to try to push him off, but it was then he changed tactics and moved to my neck. My area of weakness. My Achilles heel but on my neck, if you will. Oh, he did not fight fair. Whatever the hell he was up to, he was in for it if he thought he could silence me with a kiss. A damn fine, hot as hell kiss, but still. The righteous indignation was spilling out of me. Ha, I was a great liar, turned amazing actress and now I was even trying to fool myself. I was into the kiss. No doubt about it. The heat spreading from ground zero was all the proof I needed.

He came back to my mouth with an aggression that was intense and angry. Abruptly, he ended the kiss, pushed away from me, turned on his heel and walked away without a single sound coming from that luscious mouth. I was so stunned that I didn’t move a muscle or say a word, but lifted my hand to touch lips that I was sure were red and swollen and scratched all to hell.

I slowly turned and got in my car, started it and carelessly peeled out of the parking lot, not caring where in the world I was going, just trying to get somewhere where my life made sense. 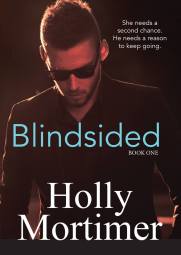 Synopsis: Georgina has built herself a quiet life following the tragic death of her husband. She moved to LA to start her life over and has no intentions of ever falling in love again. Her hermit existence and passion for reading and writing romance have driven her to fear the real world, but while out on a forced blind date she accidentally meets Finn Lowry. Kind, sensitive, funny and voted one of 2014’s hottest actors, he’s hard to resist, not to mention, totally out of her league. In order to keep her promise to herself, she needs to steer clear of him at all costs.

Finn sets out to pull Georgina back to the surface, showing her it is possible for her to find love again after living with a heart on lock down for so long. Humor, persistence and life in the limelight come together with Finn to conspire to show Georgina the way to her heart. Can she let go of her old insecurities and avoid Finn’s fans for long enough to let him get through to her? 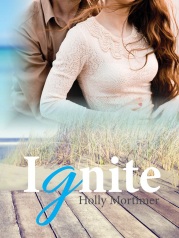 Synopsis: FRANKIE
The only thing I crave is a peaceful existence. I’m scared, I’m tired and I just want to wake up each day not afraid of him finding me. What I never wanted to find was Hardy Hanson. Turns out, cravings, once fed, morph into something different. I couldn’t ignore the need he awakened in me, but giving into it would mean only one thing. We would both go up in flames.

HARDY
When I’m in, I’m all in. I was born to protect and my second chance at redemption came when I crashed into Frankie Windsor. The problem was, she was so damaged, I wasn’t sure even I could save her, but I was willing to put it all on the line to risk enough for the both of us to finally find some peace. What I didn’t know, was just how dangerous loving her would be for both of us.