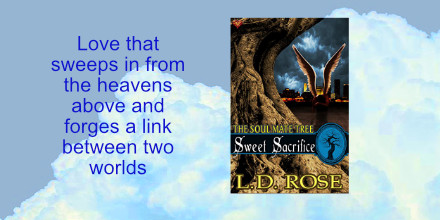 This book had great originality but I lost interest when a battle ensued with a snake-like creature and was then remedied with yet another snake. Admittedly, I really don’t like reptiles.

As a romance novel, the pull between Irene and Bash was authentic. Despite the elements that were off putting, the romantic elements were good enough that I was inclined to finish the novel. This is actually saying quite a lot as I really really despise reptiles.

This was the only book that I have read in this series and I felt as if I was missing a critical element.

Former Navy SEAL Sebastian “Bash” Lockard died in Afghanistan after leaping on a grenade to save his comrades. Little did he know his act of heroism would grant him a ticket into Heaven’s elite army as one of the few and powerful Archangels. Struggling with his new existence, Bash still retains his human memories, leaving behind a wife he loves with all of his heart. Although he’s forbidden to see her, he can’t resist her lure, or the mortal desires he harbors for her.

As a young widow and nurse, Irene Lockard still mourns her husband two years after his untimely death. His absence is everywhere, and when her best friend weds, she hits an emotional rock bottom. As if summoned from the skies above, Sebastian appears before her, and they share an unforgettable night. But when he once again vanishes, she wonders if she’s truly gone mad with grief.

The only way Sebastian can remain with Irene is if he makes the ultimate sacrifice. But will she overcome her fear of losing him again to another war?

L.D. Rose is a neurotic physician by day, crazed writer by night, and all around wannabe superhero. She writes dark paranormal romance and urban fantasy, but she’s been known to delve into horror, sci-fi, and medical suspense on occasion. L.D. Rose is a PAN member of the RWA, FF&P, NEC-RWA and CoLoNY. She currently lives in Rhode Island with her studly hubby, her hyperactive Boxer, and her two devious cats.